Journalism and Professional Writing School of the Arts and Communication
Menu

Kathleen Webber is an associate professor and chair of the Journalism and Professional Writing department. She teaches Introduction to Journalism, Beats and Deadlines senior capstone, Magazine Writing, Multimedia Storytelling, and an FSP called The True Cost of Fashion.  She worked in the fashion industry before reporting on it as a staff writer for W magazine and Women’s Wear Daily and Self magazine as a copywriter. She helped launch Philadelphia Style magazine and has written for the Business section of The Philadelphia Inquirer, Women’s Health, Martha Stewart Living, InStyle, New Jersey Life, New Jersey Monthly, Sierra.com, Ecowatch.com and Sustainablebrands.com. Her research and writing focus on ethical and sustainable fashion in the global economy. She is currently working on a documentary about the history of design and garment manufacturing in Philadelphia. She received a B.B.A. in Business Administration from Saint Mary’s College (Notre Dame, IN) and an M.A. in Journalism from New York University. She serves as an adviser for TCNJ’s branch of HerCampus, a national online magazine for college women and She’s The First, a non-profit club. 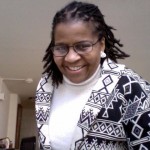 Kim Pearson is a professor of journalism at The College of New Jersey who teaches a range of courses including Media Entrepreneurship, Fact, Checking and Race, Gender and the News. She is a co-founder of TCNJ’s Interactive Multimedia Department. Her journalism has been published in the Online Journalism Review, Black Enterprise, and Newsday, among other outlets. She has been part of teams whose research on improving science literacy and civic engagement has garnered support from the National Science Foundation, Microsoft Research, and the New Jersey Council of the Humanities. Pearson is a past recipient of the New Jersey Professor of the Year award from the Carnegie Foundation and the Council for the Advancement and Support for Education. Her professional affiliations include the Online News Association, the Association for the Study of African American Life and History, Phi Kappa Phi and the National Association of Black Journalists. She serves as advisor for the campus chapter of Girls Who Code  https://www.instagram.com/girlswhocodetcnj/. Her personal website is https://kimpearson.net. Prof. Pearson holds an AB in Politics from Princeton University with a Certificate in African American Studies and an MA in Journalism from New York University.

Emilie Lounsberry teaches a variety of journalism courses, including Introduction to Journalism and Feature Writing. She was a longtime staff writer at The Philadelphia Inquirer, where she specialized in writing about the American legal system and covering trials, did investigative projects and wrote about issues in the criminal justice system. She covered the epic Bush v. Gore court battle for the presidency, the execution of Timothy McVeigh, and traveled to Haiti and Mexico for articles about the global labor market.
She received her B.A. from Temple University and M.A. from Columbia University, along with a certificate in economic and business journalism. She previously was a Ferris Professor of Journalism at Princeton University. Her current research interests include examining the effectiveness of mandatory-minimum sentencing laws and the impact of science on the justice system.

Neill Borowski teaches Media Law. He is committed to digital journalism as owner/editor of 70and73.com in South Jersey and as a reporter for TAPinto|Camden. He was executive editor of the Press of Atlantic City and executive editor of three upstate New York newsrooms in Binghamton, Ithaca and Elmira. He also was managing editor of the Rochester Democrat and Chronicle and assistant managing editor for local news at the Indianapolis Star. Borowski spent 21 years at The Philadelphia Inquirer, where he was a finalist for the Pulitzer Prize and the winner of the Goldsmith Prize for Investigative Reporting at Harvard University. He received his B.A. in journalism at the University of Bridgeport, his M.S. in Journalism from Columbia University and has completed a majority of the coursework for a master’s in economics at Temple University, but did not finish. He also was a Knight-Bagehot Fellow at Columbia University, taking most of his coursework at Columbia Business School. He founded the computer-assisted reporting program (data analysis) at The Inquirer and was the coordinator of computer-assisted reporting for the Knight Ridder newspaper company.

Lauren Dugan is a three-time Em 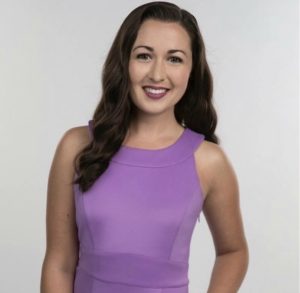 my nominated journalist and reporter at WTXF-TV Fox29 Philadelphia. She has also reported at WJZY-TV Fox46 Charlotte and Time Magazine. Lauren received her Master’s and Bachelor’s Degrees in Communication and Journalism from Villanova University. At TCNJ, she teaches Broadcast Journalism, and mentors student media groups.

John Paul Filo is Vice President of CBS Photography Operations and the winner of a Pulitzer Prize for his iconic picture of a 14-year-old runaway girl screaming while kneeling over one of the victims of the Kent State shootings. He also has worked as a photojournalist for The Associated Press, The Philadelphia Inquirer, The Baltimore Evening Sun, and Newsweek.

Keith Glock received his undergraduate degree in Journalism from The College in 2003 and was a Staff Writer for The Times of Trenton from 2000-2006 covering high school, collegiate and professional sports. He received a master’s degree in Counseling from The College in 2007 and works as a school counselor at Montgomery High School in Somerset County (2007-Present). In 2010 he founded The MIRE – The Montgomery Internet Radio Experience which broadcasts and archives all Montgomery football and basketball games. In addition, he is a collegiate and interscholastic lacrosse official and serves on the New Jersey Interscholastic Lacrosse Officials’ Association’s state-wide Executive Committee. Glock has been an adjunct faculty member for Journalism and Professional Writing since 2008 where he regularly teaches Sports Writing. 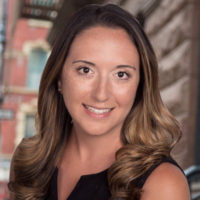 Hilarey (Wojtowicz) Gould is a senior editor at The Balance, a personal finance site that is a part of the Dotdash family. Hilarey has worked as an editor in the digital media industry for more than a decade. She began her career at Woman’s Day and Good Housekeeping magazines while in college, and has since held full-time and freelance roles at both start-up and legacy brands such as TripAdvisor, Odyssey, realtor.com, Bankrate, Meredith Xcelerated Marketing (now part of Accenture), Swirled, and SmartAsset.
Hilarey earned her master’s in journalism from the University of Missouri in 2017, and began teaching a class on social media strategy as an adjunct professor at The College of New Jersey in 2018. She earned her bachelor’s degree in journalism and professional writing from the College in 2013, where she also studied communication studies and worked as an editor for The Signal and Her Campus. She was born and raised in New Jersey and still lives in the Garden State with her husband.

a professor and emeritus chair of the Department of Journalism and Professional Writing. She teaches Media Law, Data Journalism, and Beats & Deadlines, plus an occasional Topics in Journalism course. Her specialty is science writing, concentrating in particular on how money and politics affect medicine. She has a bachelor’s degree in English and Journalism from Penn State University, and a master’s degree from Columbia University, where she was a Knight-Bagehot fellow in Economics and Business Journalism. Before coming to TCNJ, she was a reporter and editor for The Philadelphia Inquirer and an editor for WebMD. She is co-author of the book, Blood on Their Hands: How Greedy Companies, Inept Bureaucracy, and Bad Science Killed Thousands of Hemophiliacs.